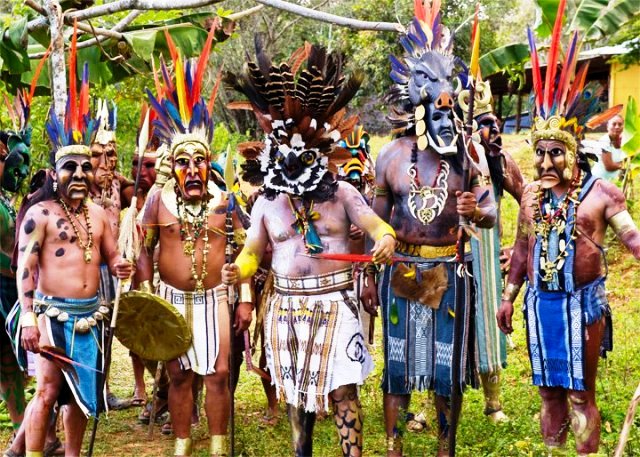 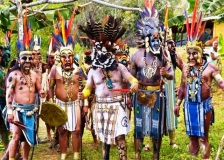 The indigenous Costa Rican tribe Boruca (also called Brunka or Brunca) is known for its vibrant, intricately carved and painted masks. But behind the mask is a community built on rich and unequalled customs, foods, festivals, traditions and more. Daily life in Boruca reflects a self-sustaining agricultural village, but one where the majority of the economy is supported by artisan crafts and ecotourism. Discover the aspects of Boruca culture including religion, food, medicine and education along with the people themselves.

There are several festivals throughout the year;

​Baile de los Diablitos Dec. 30-Jan. 2,. Hundreds of visitors come to see the famous celebration depicting the battle between the Spanish and the native tribes.

La Mura, Dec. 7-9, commemorates a dance shared between the Boruca people and the African people who accompanied the Spaniards to Boruca in the late 1500s.

The people of Boruca also set aside a day, Las Juntas, each October to take part in community service.